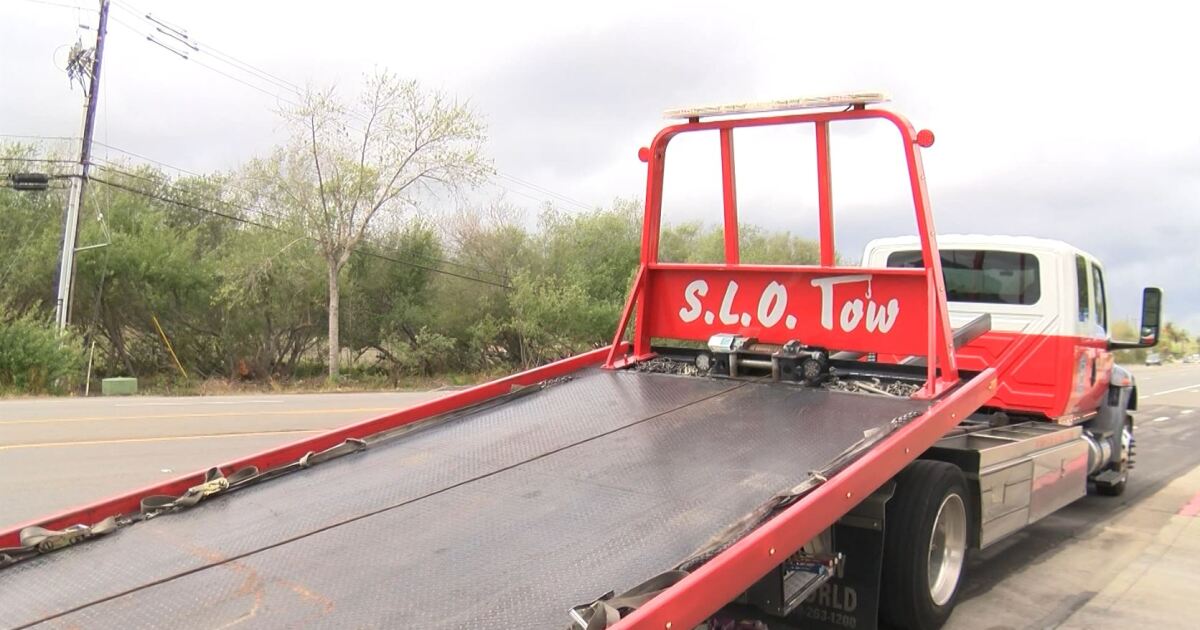 “Typically, volume itself doubles for us at least just depending on how bad the rain is,” said Andrew Wauchope, SLO Tow Manager.

The most common reasons a tow truck gets called into action during a rain storm is either a car that hydroplaned or a multi-car collision.

The owner of Vintage Auto Body Shop, Rob Grant, also described hydroplaning as one of the top reasons customers come in with rain-related damages. It is also one of the most damaging collisions they see.

“If they hydroplane and lose control, most of those cars get totaled because they’re damaged severely,” said Grant.

When that happens, tow trucks are some of the first on scene. Some of their busiest days are rainy ones, especially here in the Golden State.

“You add water and the danger level goes up and it seems like people in California don’t do well in water,” said Rob Hart, SLO Tow Driver.

The danger level goes up for all drivers, including tow truck drivers. In a situation with hazardous weather and low visibility, the stakes are even higher

“Whenever there’s wet weather there’s always that possibility of someone sliding out and hitting you. Any type of weather is crazy. You always have to be on your toes,” explained Hart.

Throughout San Luis Obispo, CHP has responded to four collisions but with rain expected through the evening, those numbers could still go up.

For a rainy day in California, four collisions seem like a low number, but the owner of a body shop we spoke with says he’s seeing fewer rain-related crashes thanks to vehicle technology stepping in when there’s human error. That body shop also said technology is why a repair could cost you a bit more than in past years. The electronic safety features are a lot more expensive to fix.