The findings of her preliminary research on “Twenties” — the semi-autobiographical sitcom she has been shopping for over a decade that began airing its eight-episode season on BET in March — were disappointing to say the least.

Waithe anticipated the kind of buzz generated by another Lena (Dunham) after the debut of HBO’s “Girls.” She was hoping for critical acclaim and imagined herself emerging as an underdog media darling — the Phoebe Waller-Bridge of 2020. “I needed the trades to rise up like they did for ‘Fleabag,’ ” says Waithe. “Y’all stepped up and said: ‘Let’s not allow this show to be ignored.’”

But Waithe was let down; the hype never materialized and the show was shut out of Emmy consideration when the nominations were revealed Tuesday, which is surprising since “Twenties” proved popular with viewers, earning an 80% audience rating on Rotten Tomatoes and it’s the rare series to be certified fresh.

“It’s a groundbreaking show about three Black women trying to pursue their dreams in Hollywood, and it shines a light on struggles that are unique but relatable not to mention hilarious,” says music supervisor Amanda Krieg-Thomas.

In one episode, a white producer pitches a drama about a “gay as shit” boxer that he describes as “‘Moonlight’ meets ‘Creed’ meets ‘The Help.’ ” One could imagine the same character hyping “Twenties” as “Girls” meets “Entourage” meets “Insecure.” But the only thing those hits have in common is the prestige of HBO.

Get a head start on the morning’s top stories.

“Why is [my] show not getting that much attention?” Waithe wonders aloud about “Twenties.” “Because we’re on ‘the Black network,’ we’re ignored,” she reasons. “Critics and these [Emmy] voters were not watching it. They don’t even know what BET is or where to find it on their dial. If we were white, we’d be everywhere right now — and if this show was on FX or Hulu, it would be the talk of the town. But because we’re on BET, the industry still treats us like we’re on the back of the bus.” (Waithe wrote about the topic of race in Hollywood in a guest column for Variety in June.)

Waithe relates to the frustration of cocky lead character Hattie (played by Jonica “Jojo” T. Gibbs, pictured), an aspiring screenwriter based on her younger self around whom the world of “Twenties” revolves. Ambition is still building in Hattie, but Waithe isn’t wasting any time or connection. When Nevins, the network’s chairman-CEO, suggested moving “Twenties” to Showtime, Waithe jumped at the opportunity to reach subscribers and prove the “universal” appeal of the show. She’s grateful to count Nevins as a friend as well as an ally. “David greenlit ‘The Chi,’ my first show, so he’s known me for a very long time,” says Waithe. “A way of him having my back is like: ‘I’m going to put ‘Twenties’ on Showtime.’ “

So what now that the show was shut out of the Emmy race? “If we get ignored, that means this business is doing what it’s always done: It continues to ignore Black and queer voices,” Waithe says during an interview that took place on the heels of nationwide protests in support of “Black Lives Matter.”

The Television Academy was among those to post the “Black Lives Matter” rallying cry on its social media channels, but one has to wonder how much Black stories or Black networks matter to Emmy voters? “BET has never,” Waithe says, summing up the network’s historic lack of nominations. “Somebody could also argue that the content hasn’t been there — even I will agree with that. But lately, you can’t tell me ‘Twenties’ doesn’t stand next to ‘Ramy.’ Or ‘Dave.’ Or ‘Atlanta.’ I know that we’re as good as everybody else. The writing is strong, the performances are great, the music is fantastic.”

Indeed, at the very least, “Twenties” should have secured a nomination in the music supervision category. More than a mere soundtrack, it serves as a post-modern storytelling tool that borrows from hip-hop’s tradition of sampling. From the main title theme of “All About Eve” and Anthony Mayer’s “Starlight Concerto” to the familiar notes of Ivor Stanley and Mozart, “Twenties” has no qualms about borrowing from Hollywood’s musical history to set a scene that is at once instantly recognizable and strikingly original.

What inspired Waithe to want to remix Tinseltown standards? “When you heard that music, you often didn’t see people of color in the forefront,” she says. “So we were trying to mesh movies like ‘All About Eve,’ ‘Casablanca’ and ‘Carmen’ with the new Hollywood. It’s our way of saying: ‘This music that sounds so familiar it’s almost like a lullaby? Well, guess what — there’s a new story we’re telling.’ It’s a way to pull you in, but then the music takes on a whole new personality and identity based the faces of the people that you’re seeing. It ends up being a beautiful homage to those old scores that mixes in new sounds,” says Waithe, who adds of her ambitious goal: “It feels so cinematic and whimsical, like a throwback, because we’re honoring what came before — but also tearing it down and re-building at the same time.”

The show’s composer and music supervisor manage to strike a harmonious balance between the classic cues of Old Hollywood and the edgy and avant-garde. “I never felt limited in any way and I was able to be my truest artistic self on my first commercial work,” said no composer ever. But that’s a direct quote from Amanda Jones, who created the score for “Twenties” and co-founded the Composers Diversity Collective (because Black female composers are even more of a rarity than Black female showrunners).

“Lena is able to identify talent and gives people that opportunity to shine whether it’s a first-time composer and a first-time editor or a first-time cinematographer and a first-time director,” says Jones. While she wasn’t responsible for recreating the original themes — licensing costs considerably less than a 60-piece orchestra — Jones drew upon her studies of Bernard Hermann and Alfred Newman whenever they came up short for a scene. “I did create some elements if the pieces weren’t perfect,” she says. “I’d extend them a bit or add a Tiffany roll.”

“Separately, it was my role to like craft the sonic landscape for Hattie and her friends,” says Jones, who was inspired by Tune-Yards and Kendrick Lamar. “I would call it joyously funky, hyperactive, bouncy, stoner, experimental hip-hop music,” she says of her score. “It’s energetic, frenetic, and matches the intensity of being young — and those moments that are so over-the-top exciting that you’re bouncing off the walls. So those are two separate universes that work well together,” says Jones. “They both capture the overly dramatic exuberance of youth and wrap you from your head to your toes, just like an emotion.”

Amanda Krieg-Thomas would second that emotion. (“She’s such a wonderful collaborator,” Jones says of the veteran music supervisor.) “What was really special about this project is the unique combination of up-and-coming artists and older catalog music like Frank Sinatra, Dinah Washington and all those fun Hollywood scores, which are totally authentic cues from the 1940s and ’50s and ’60s,” says Thomas. “The dichotomy of these two worlds that were so different — but we bring them together and find their common ground in service of the story and Lena’s overall vision: The importance of classic films to Hattie is the through-line in the show. And I’m no stranger to period music,” says Thomas, who works on “Hollywood” for Netflix and “Pose” for FX along with many other Ryan Murphy productions. “Lena wanted to portray these women in a light that hasn’t been seen before and subvert expectations.” Cue: Sinatra’s “I’ve Got the World on a String” for one scene and the theme from “Rocky” in another. Mission accomplished.

“When we look at those old movies, you’ve got to remember the sexism, the racism and the homophobia that was happening at the time that still in a way exists,” says Waithe. “So we don’t want to ignore that but we also want to say that this time the center of our show is a masculine-presenting queer Black woman who is working for another Black woman, funny enough. I love that the new Hollywood is not just flipping all the things that happened in Old Hollywood — we are trying to dismantle that mentality. The score and the music cues and all that stuff comes into play because we start with that ‘All About Eve’ energy and when you get to the end, you’re like, ‘Oh, so this is what Hollywood looks like now. Look how far we’ve come.’ But also think about how much work we still have to do.”

And not only in the movie business. Waithe also aims to shake up the music industry by using her show as a platform for amplifying marginalized voices. “Early on, Lena was like: ‘I want to feature female artists, I want to feature people of color, I want a feature people in the LGBTQ community,’” recalls Thomas. “Those were our overall directives and we took it very seriously. So in addition to digging deep and compiling this library of the Hollywood stuff, we dove into very current female R&B and rap,” says Thomas, citing “Melanin” by Secrett as the track that helped to define the show’s sound in episode one. “That set the tone and from there we had a directive to put a badass song in every title card, which we really did. There are bangers are over the place.”

Coachella cred aside, the fact that openly gay artists are less likely to get signed by major labels is not lost on Waithe. “It’s very difficult to be out and Black if you’re an R&B singer,” she says, which is why Waithe has made it her mission to put them on blast. “The more successful Black queer artists we have on the charts and at the Grammys, it will say to the next Lil Nas X, the next Frank Ocean, the next Da Brat that you don’t have to be anything other than yourself — and just make good music — and we still have a long way to go in that department.” 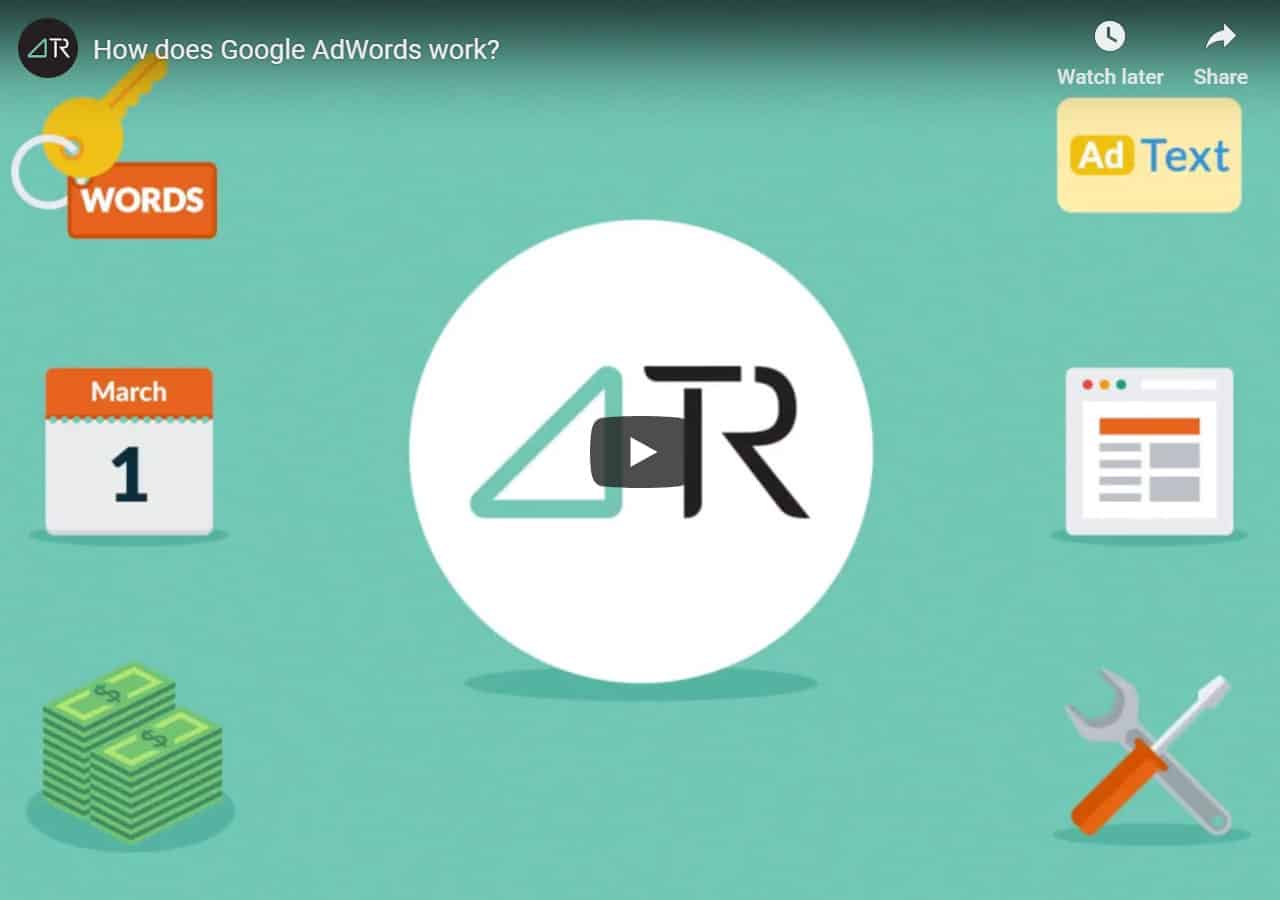