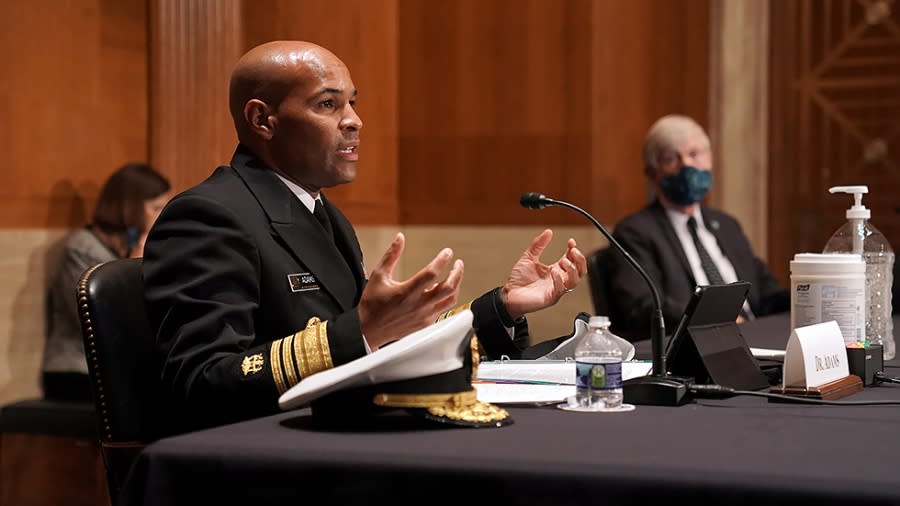 Former Surgeon General Jerome Adams, who served in the role in the Trump administration, blasted a federal judge’s decision to strike down the Centers for Disease Control and Prevention’s (CDC) travel mask mandate, arguing that the move will “endanger” lives.

“Remind me — which schoolhouse rock explains to kids how a single unelected judge has the power to endanger their lives in public settings? I’m just a judge- I’m just a judge, and I’m hurting you cuz I’ve got a grudge…,” Adams wrote in a tweet on Tuesday.

In a separate tweet, the former surgeon general clarified that he was not arguing whether the judge had the authority to make such a decision, but rather if she should have ruled as she did.

“The argument is not if the judge could do it- the argument is whether or not the judge should’ve done it, after taking into account all the variables and implications of the decision,” Adams said.

“Judges use such discretion all the time. People (and our economy) likely will be harmed,” he added.

Judge Kathryn Kimball Mizelle, who was appointed by former President Trump, ruled on Monday that the CDC exceeded its statutory authority when it ordered that masks must be worn for travel on planes, trains and buses.

The Transportation Security Administration and a number of airlines are no longer enforcing the travel mask mandate in the wake of the ruling. White House press secretary Jen Psaki called the decision “disappointing” and said administration officials are “still reviewing” the move.

In the meantime, she said the administration still recommends that people wear masks on public transit.

Following the judge’s decision, Adams wrote in a tweet on Monday that if he were writing a headline announcing the news it would read, “Federal Judge says kids under 5 with chronic illnesses- stay home, or you’re on your own!”

In another tweet, he noted the ramifications the ruling could have.

“This isn’t just about planes. This means a 4 year old kid with cancer who’s parents have no vehicle might be forced to sit next to a floridly sick / coughing covid patient with no mask on a bus, while going to get chemo. But tell me about the great ventilation systems on those…,” he wrote.

Andy Slavitt, the former White House COVID-19 response coordinator, compared the mask mandate to some flights not serving peanuts if a traveler is allergic.

“If airlines can ask us not to eat peanuts on board if there is someone with a peanut allergy, why won’t they ask us to wear a mask if there’s an unvaccinated 4 year old or cancer patient on board?” Slavitt wrote on Twitter.

Adams responded to the post on Twitter, writing, “More proof that this whole situation and reasoning are quite literally, nuts…”

For the latest news, weather, sports, and streaming video, head to The Hill.