How the pandemic has changed new-home design 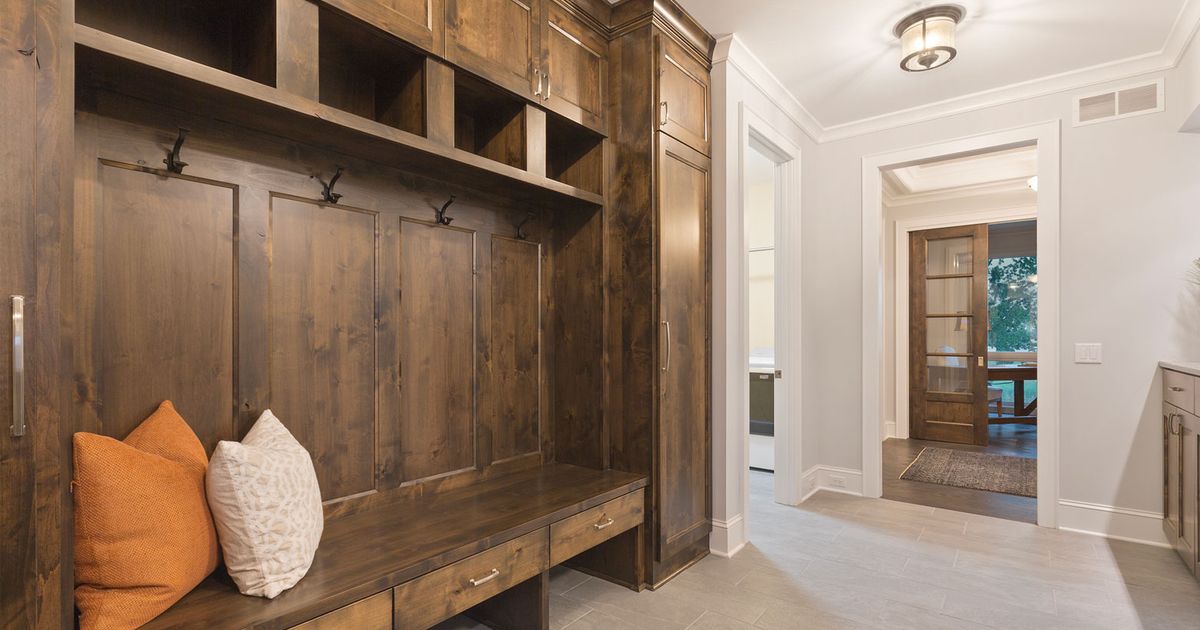 The pandemic has changed what people need and want in a home, and builders and architects are responding with new, more adaptable floor plans. From more outdoor space to increased flexibility inside, home design is shifting to meet the demands of the moment.

Here are some building trends influenced by how we’ve lived the past two years.

Quint says that the average size of newly constructed homes tends to be cyclical. It had been trending downward since it last peaked at around 2,700 square feet in 2015. In 2020, it went back up. After sinking to around 2,450 square feet, new-home sizes are rising again, and averaged 2,561 square feet in the first quarter of 2022.

A desire for more room isn’t the only home design trend that’s emerged since the pandemic, according to Donald Ruthroff, principal at Dahlin Group Architecture in California. “People are looking for their home to be a safe space, to be more functional than it was,” Ruthroff says.

That increased functionality starts right at the front door: The pandemic led to a resurgence in the popularity of foyers and vestibules at the main entryway.

Homeowners were looking for a way to separate delivery workers and other temporary visitors from the main living area, and a separate space at the main entrance was the answer. In fact, Ruthroff says, vestibules first became popular architectural features during the Spanish flu pandemic a century ago.

Secondary entrances, like a back-door mudroom more often used by the family, saw a makeover, too. In particular, the so-called drop zone where shoes, coats and bags often get dumped had to morph in response to homeowner demands.

“We’re seeing that space get larger because it has to do more,” Ruthroff said. “People want to come into the house and be able to wash their hands and drop their work clothes, especially if they’re a front-line worker.”

Further inside the house, people also looked to make the existing space do more.

“We really talk about design changing in terms of the house not getting bigger, but looking at every square inch of the house and making sure it’s functioning to its most efficient,” Ruthroff says.

From glass doors that create an office space out of a nook in the living room to furniture solutions that help spaces function better, innovative solutions of all kinds have received increased interest over the last few years.

“Our president talks about the Swiss Army knife kitchen,” Ruthroff offers as an example. “Kitchens don’t need to be bigger, necessarily, but they need to do more. It’s about more detailed kitchen cabinetry that has more efficient storage.”

Even as people need their space to do more, the open floor plan remains popular with homeowners and buyers.

Quint says that in a recent NAHB survey, about 34% of remodelers reported working on projects aimed at making floor plans more open. Only 2% said they had work that created more isolated spaces.

Ruthroff agrees. “The open floor plan is not going away,” he says. “But we are creating opportunities for spaces adjacent that are connected, but not fully connected.”

One futuristic solution that’s just starting to get attention, he says, is movable walls. “We’re seeing some arrival of flexible wall systems that will provide the ability to wall off or change the floor plan,” he says. “That’s still a few years off in its real application, but I think that’s coming.”

Architects and builders are also being more intentional about creating spaces at the right scale. “Some of the spaces we were creating around 2010 were overly large,” Ruthroff says. “We sometimes refer to it as twirling space, just space for space’s sake. But it comes down to: You can’t sit very far from the television before it becomes uncomfortable.”

Homeowners began to place higher value on outdoor living space during the pandemic. Patios, decks and porches have been popular additions over the last few years, Quint says.

Ruthroff says that more people now want outdoor spaces that feel like a natural extension of their inside rooms. This includes using complementary materials both inside and out, and creating clear sight lines to the outdoors.

“It’s the idea of making sure people feel connected in a holistic way that contributes to physical wellness and wellbeing,” he says. “The amount of natural light you get in the house is important to keeping people healthy.”