Russia is resorting to putting computer chips from dishwashers and refrigerators in tanks due to US sanctions, official says 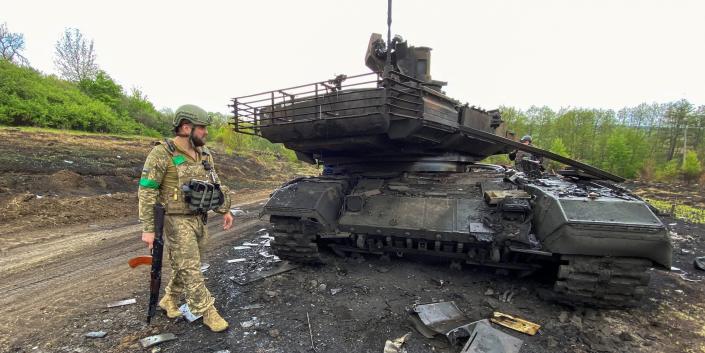 Russia is having to use computer chips intended for home appliances to repair its military hardware due to the impact of US sanctions, according to a US official.

“We have reports from Ukrainians that when they find Russian military equipment on the ground, it’s filled with semiconductors that they took out of dishwashers and refrigerators,” commerce secretary Gina Raimondo told the Senate Committee on Appropriations on Wednesday.

Raimondo recently met with Ukrainian officials who told her that they found parts from refrigerators and commercial and industrial machines when searching captured or abandoned Russian tanks, The Washington Post reported.

Raimondo told the committee that exports of US technology to Russia have fallen by just under 70% as a result of sanctions, the first of which were imposed in late February.

Russia’s military hardware has long relied on technology made by the US or its allies, but US tech companies are now forbidden from exporting their products to Russia.

“Our approach was to deny Russia technology — technology that would cripple their ability to continue a military operation. And that is exactly what we are doing,” Raimondo told the committee.

The White House said Sunday that US sanctions are stymieing Russian attempts to repair equipment.

“Russia is struggling to replenish its military weapons and equipment. Russia’s two major tank plants — Uralvagonzavod Corporation and Chelyabinsk Tractor Plant — have halted work due to lack of foreign components,” it said.

Ukrainian forces have shared abundant evidence that Russia is struggling to equip its forces adequately.

Last month, Ukrainian troops paraded what they said was a Russian drone that had been covered in duct tape and fitted with a generic plastic bottle top for a fuel cap.

In March, Ukrainian troops found what appeared to be Russian army bandages dating to 1978 discarded on a battlefield.

Speaking on Monday, the UK’s defense secretary, Ben Wallace, said that wrecked Russian fighter jets were being found by Ukraine with rudimentary GPS receivers “taped to the dashboards” because their inbuilt navigation systems are so bad.