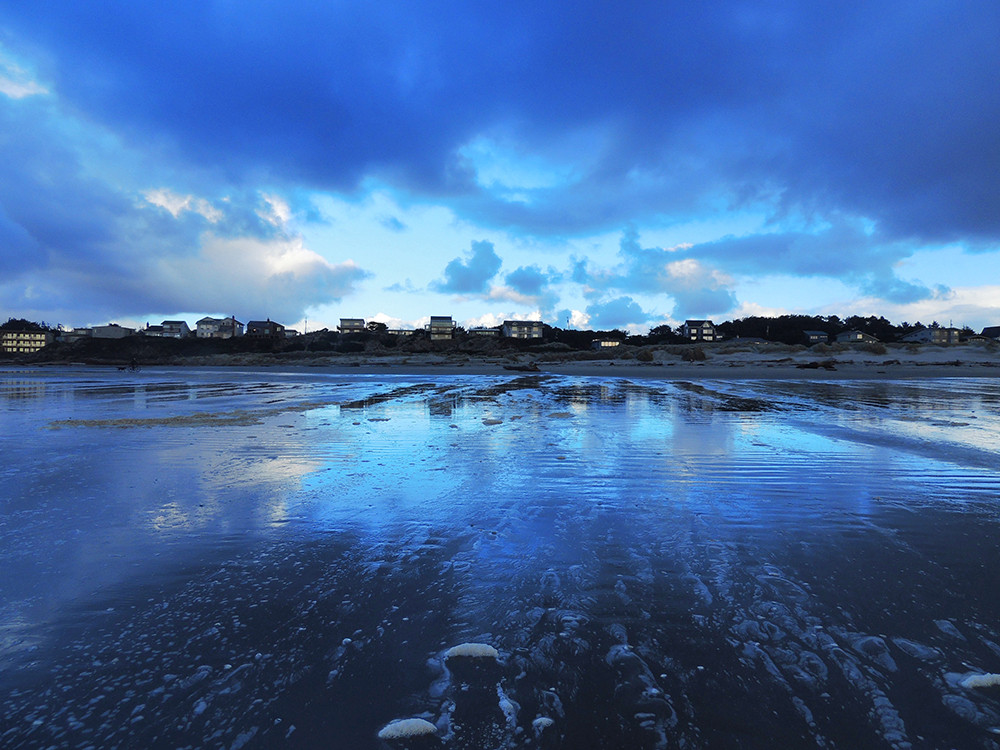 Aug. 12, 2020 — Small towns on the Oregon coast are gaining attention as lifestyle destinations due to their abundance of natural beauty, recreational opportunities and charming business centers. In an Aug. 5 webinar hosted by Pacific Northwest Economic Region (PNWER) State Sen. Arnie Roblan represented the coast in a forum on “Remote Workers and the Rise of the Main Street.” The discussion, which also included representatives from British Columbia and Montana, centered how the novel coronavirus COVID-19 might allow remote workers to live where they want while working where they want — as long as the technology infrastructure is in place.

PNWER covers the five northwest US states and all of western Canada.

“It’s a very diverse, large area,” said PNWER Senior Program Manager Steve Myers. “We’re lucky today to have representatives from three areas around our region that represent a diverse geography and community perspective when it comes to economic development and other is-sues around our region.”

Desai described the three locations as “lifestyle cities — great locations that aren’t just fun to vacation in, but are great towns.”

Although vastly different in location, the three areas encompass similar growth trajectories in recent years, with technology as a key point in economic development. Similarly, the impacts of economic shutdowns due to COVID-19 have caused people in these areas to plan for a future where in-person meetings may not be possible.

Working remotely could mean working from home, but for some more adventurous people, it also means the skies are the limit. No longer constrained to a cubicle, they can take their equipment anywhere there is adequate internet connectivity. Many of those people are coming to destination cities, like Coos Bay on the coast, Bozeman near Yellowstone National Park or Kelowna, known for its agritourism and scenery.

According to Desai, “With the rise of remote work, many people have been looking at whether they can work out of these lifestyle cities, out of these smaller towns where you can get more value for your money, but also are places where people want to live. There’s also a trend of people from these locations wanting to move back, particularly now that they can work remotely for a longer period of time.”

He added that larger corporations such as Microsoft, Amazon and Google have enabled remote work at least through the end of the year, and Siemens has fully gone to remote work.

“This could mean a major shift in economic development,” Desai said.

For Roblan, he sees this as an opportunity not only for people, but for coastal communities ready to embrace economic change.

“If we can get the infrastructure necessary to make it happen, I believe there is an opportunity for remote places like the Oregon coast to have people choose to live part of their time on the coast, in environments where they don’t have to worry about traffic jams or other things you have to worry about in the big cities. They can go to the beach every day if they want and have an opportunity to have a lifestyle and do work,” he said.

Roblan’s daughter, a playwright and paralegal based in New York, will be taking advantage of this when she visits Coos Bay for two months this year.

“Her office is sending all of her equipment out here so she can do it from our house, because we do have internet connections and broadband that are big enough to handle that. She can work for a couple months, and it will be the longest time we’ve had to visit with our daughter in a long time. We’re taking advantage of those kinds of things,” Roblan said.

The biggest thread throughout the conversation was about the importance of internet infrastructure for remote work, including schools.

At one point, Fontenot said, “I can’t overstate the importance of broadband. It is a utility just like our water, sewer and roads; we should treat it that way, we should fund it that way and we should be trying to get it to every person in our communities.”

Mallory agreed. “Having high speed internet is non-negotiable if you want to build a future-focused economy. It’s absolutely essential.”

Although Oregon has hubs of fiberoptic networks up and down the coast, Roblan said there is still work to be done.

“The issue is, can we get good optical cable in all of these remote areas so that people can choose the lifestyle and also be able to do their work consistently?” he asked. “I’m looking for-ward to the conversation and to figuring out how to get more of that.”

The other focus on the conversation was how both Kelowna and Bozeman became “tech towns.”

According to Mallory, Central Okanagan was historically known for its agriculture sector, and also as a destination for tourists and retirees. In 2006, it had the oldest population in Canada and had the lowest birthrate.

Over the past decade, people from governments, nonprofits, academia and industry leaders worked together towards a vision “to be a future-focused industry region,” Mallory said. Now, the area is B.C.’s fastest growing tech hub.

“Frequently we are cited as one of the fastest growing communities in Canada and also the most entrepreneurial,” Mallory said.

She said there is high-growth potential in aerospace and advanced manufacturing; agriculture and viticulture; information, communication and technology; animation, film and digital media; and the health sector.

In Montana, “What makes Bozeman tick is its quality of life, its access to the outdoors and its diversified economy, which makes it an attractive place for people to relocate or open or expand a business,” Fontenot said. “The quality of life and attractiveness of the community puts a lot of pressure on the rest of us to try to keep up with infrastructure improvements, as well as job creation, industry diversification and all the things that go along with a growing population.”

Rising industries in Bozeman are photonics and optics on one hand and the outdoor industry on the other.

“Outdoor recreation is at an all-time high right now,” Fontenot said. “People are looking for ways to get outside. That’s a benefit to those of us who live in areas that produce those types of products.”

In addition, Bozeman has focused on fiber “to walk the walk of being a tech town,” Fontenot said, and attract tech companies to the area. By creating a 501(c)4 community benefit nonprofit organization named Bozeman Fiber, the area was able to pursue private-sector funding.

“We created the company and launched it, then it sought the funding, constructed about a 25-mile middle-mile fiber network in the community and lit it up about three years ago,” Fontenot said.

In addition, Bozeman hopes to surpass 50,000 people with the current U.S. Census.

“With that designation from micropolitan to metropolitan, we stand to gain some influence and potentially some funding for some of our larger projects,” Fontenot said.

Roblan took the opportunity to talk about what the Oregon coast needs to hit some of the milestones that his colleagues were able to achieve.

“We don’t need 100 companies. We need one or two at a time. That’s the thing with these remote areas. We encourage companies to come, and we want to work with them, and we will give every asset we can for them to come here and become part of our communities,” he said.

Roblan also talked about the importance of creating jobs for local people and encouraging graduates and people who moved away to come back.

“If you look at Seattle, for example, it is homegrown people who came back and really made that place grow. We’ve been looking at that on a smaller scale,” he said. “You have to figure out the assets you have and how to bring those people back. There are some amazing people out there working across the country who originated in Coos Bay, Ore., and we need to figure out how to get them to decide to come back and start that company, build that little infrastructure that we need here to make things work.”

As for the effects of the coronavirus, the senator said that the Oregon coast reached 24 percent unemployment due to a shutdown in the tourism industry, hotels and restaurants.

“Up and down the coast, people have come here because they love the beauty and they love the lifestyle. But we need to diversify our economy,” Roblan said. “I know our chambers are doing surveys all the time to try to figure out what’s that new business, what’s that new thing that we want to do and what can we build in these communities.”

For Mallory, Kelowna being a lifestyle destination is one of the reasons it reached its success as a tech hub.

“First, we want somebody to come here for a visit, and then hopefully they’ll come back here and work remotely,” she said. “Then, after that, if we can integrate them into the com-munity, maybe they’ll open an office here or a division of a company, and that builds up.”

According to Roblan, Oregon has started to invest more money into internet infrastructure, but that has yet to connect all of the coast.

“This is something we really need to prepare for,” he said. “Coronavirus is changing every-thing in the world, and we all understand that, but we don’t know what that looks like coming out the other side. People are doing everything remotely. … I’m interested in learning about more ways in which people can make choices about where they want to work, where they want to live and how they want to raise their families.”

PNWER hosted the “Remote Workers and the Rise of the Main Street” webinar as part of its Innovating Our Way out of Crisis series. The full webinar is now available to view in the “past webinars” page at pnwer.org.

People can hear more from Roblan periodically through KXCR 90.7 Community Radio’s Fire-side Chats on Tuesdays at 5 p.m. Past sessions are available to stream at www.facebook.com/kxcr90.7/.