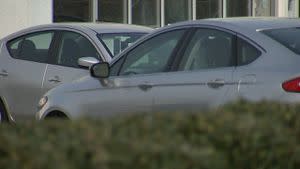 An extended warranty for your car can be expensive. But the idea is to protect you from further costs down the road.

Channel 2 Action News has heard from many drivers stuck with big repair bills that extended warranty companies refuse to cover.

In a lot of cases, the warranty companies simply find loopholes or technicalities not to pay even after you pay them thousands of dollars for the coverage.

“It’s almost like, ‘give me your money, but don’t expect nothing in return,’” said Bradley Clark, who lives in Hampton.

Clark paid $5,000 for an extended warranty by Silverrock Automotive at Drivetime — nearly half the price of his $11,000 used car.

“Six months later, the front axle and the transmission went out in it,” Clark said.

The 50,000-mile warranty covers axles. It also covers transmissions. But Silverrock claims the damage started with a bolt, and it does not cover external bolts. So the company won’t pay a dime for any repairs.

“They’re willing to take your money, but they are not willing to pay out,” Clark said.

It’s the kind of expensive, maddening experience Channel 2 Investigates has looked into before with extended vehicle warranties.

Carshield refused to pay to repair the air conditioning on Derek Hall’s 2010 Porsche Cayenne because of his tire rims.

The rims were on the car when he bought it and when he signed up for the warranty.

But Carshield claimed any modifications to the vehicle void the warranty.

“I’m like what does the rims and tires have to do with an air conditioner?” Hall said.

Bill Rimmer of Cooper Lake Automotive told Gray his dealership won’t even do business with most extended warranty companies anymore.

“It just turns into a disaster,” Rimmer said.

When Gray contacted Silverrock for comment on this story, the person who answered the phone told him they don’t talk to the media.

If it sounds strange, it’s not much different from what Palmer Automotive said when Gray called there last fall. They told him never to call there again.

“They’re set up to sound great until you actually need it,” Rimmer said.

For Clark, it took nearly a month without his car to get the rejection from Silverrock, which now says the more than $1,600 in repairs are all on him.

“You bought this warranty thinking it would protect you, what’s your opinion on the warranty now?” Gray asked Clark.

“It’s crap. I wouldn’t buy nothing from Silverrock,” Clark said.

Silverrock said they won’t talk to reporters — period. That’s a red flag in and of itself. Silverrock handles extended warranties for both Drivetime and Carvana.

Gray contacted Drivetime headquarters for comment on this story and has gotten no response.

If you are looking for an extended warranty, mechanics tell us your best bet is to go with one through the automakers themselves. Those are more likely to pay out.