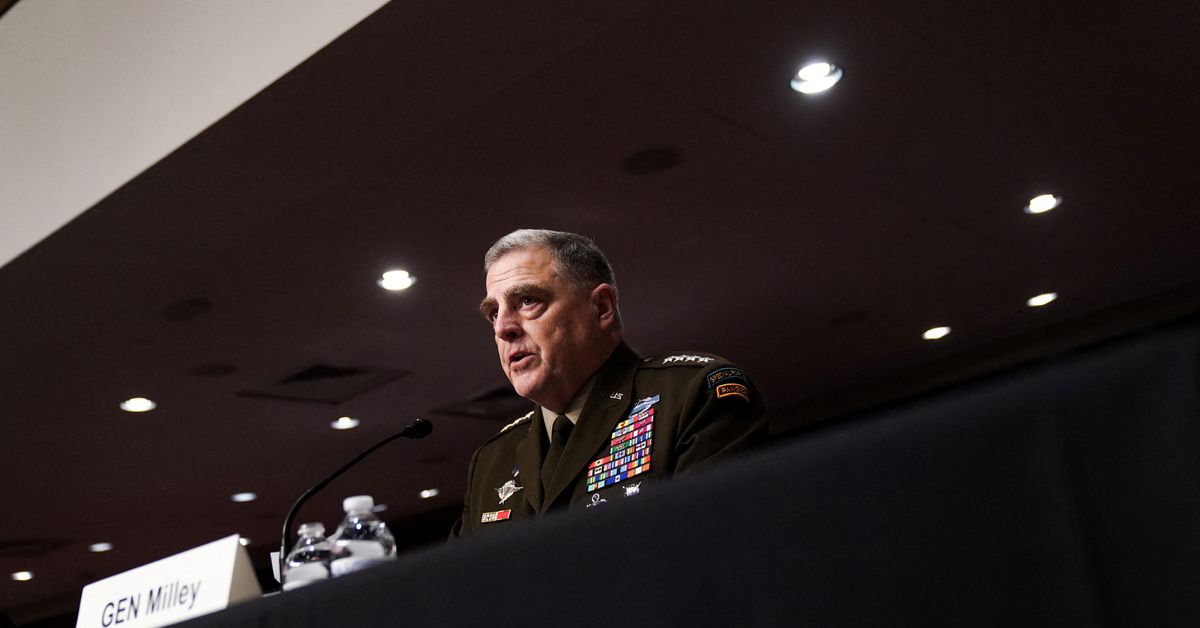 WASHINGTON, April 7 (Reuters) – The top U.S. general said on Thursday that he does not support removing Iran’s Quds Force, an arm of its Revolutionary Guards (IRGC), from a list of foreign terrorist organizations.

“I believe the IRGC Quds Force to be a terrorist organization and I do not support them being delisted,” Army General Mark Milley, chairman of the Joint Chiefs of Staff, told the Senate Armed Services Committee.

The United States has been considering removing the IRGC from its foreign terrorist organization blacklist in return for Iranian assurances about reining in the elite force.