Maggi noodles, a beloved midnight snack across India, gets a high-concept makeover at this street food stall at World Food Market 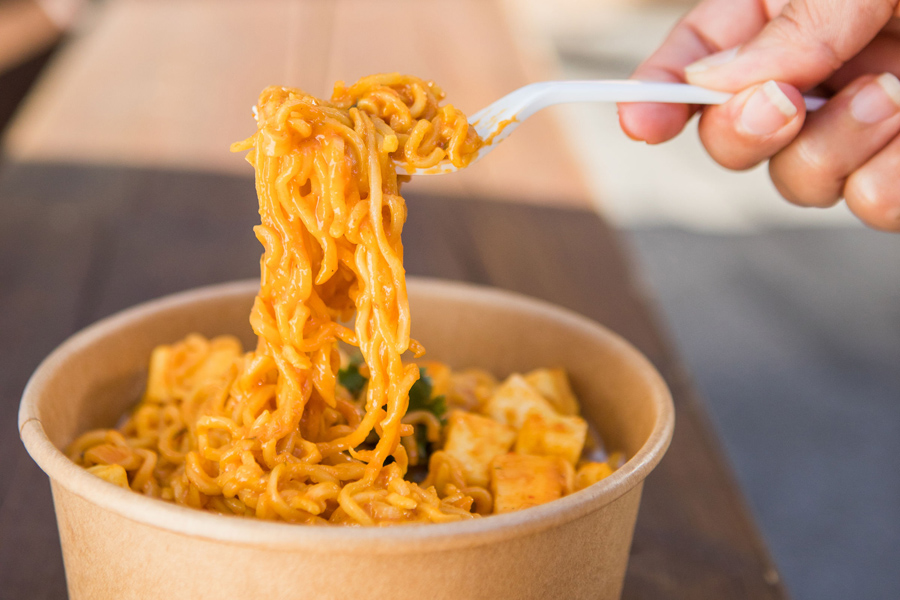 A yellow packet of Maggi instant noodles will set you back a handful of dimes at the supermarket. At Anuja Mehta and Abhilash Achar’s World Food Market stand Thindi (335 Yonge), the beloved and humble Indian comfort food standard becomes a variety of high-concept snacks.

The pair deep-fry the noodles into cheese balls, sauté them in a ginger-garlic sauce inspired by Hakka cuisine or douse them in a creamy butter chicken sauce, with Indian cottage cheese standing in for chicken. The latter – called paneer makhni – is one of Thindi’s most popular dishes.

“Maggi is the after-school snack or the midnight snack when you’re 18 and in college,” explains Mehta. “Some people throw cheese or veggies on them. Some people pressure cook them. Even though they’re instant noodles, there’s this culture of, ‘What kind of Maggi noodles do you make at home?’”

Opened a year ago, Thindi also sells grilled cheese sandwiches layered with pineapple or smothered with Nutella. A popular item is the Mumbai sandwich, a kind of double-decker club sandwich stuffed with coriander chutney, potatoes, cucumbers, onions, tomatoes, chaat masala and cheese – all held together with toothpicks. 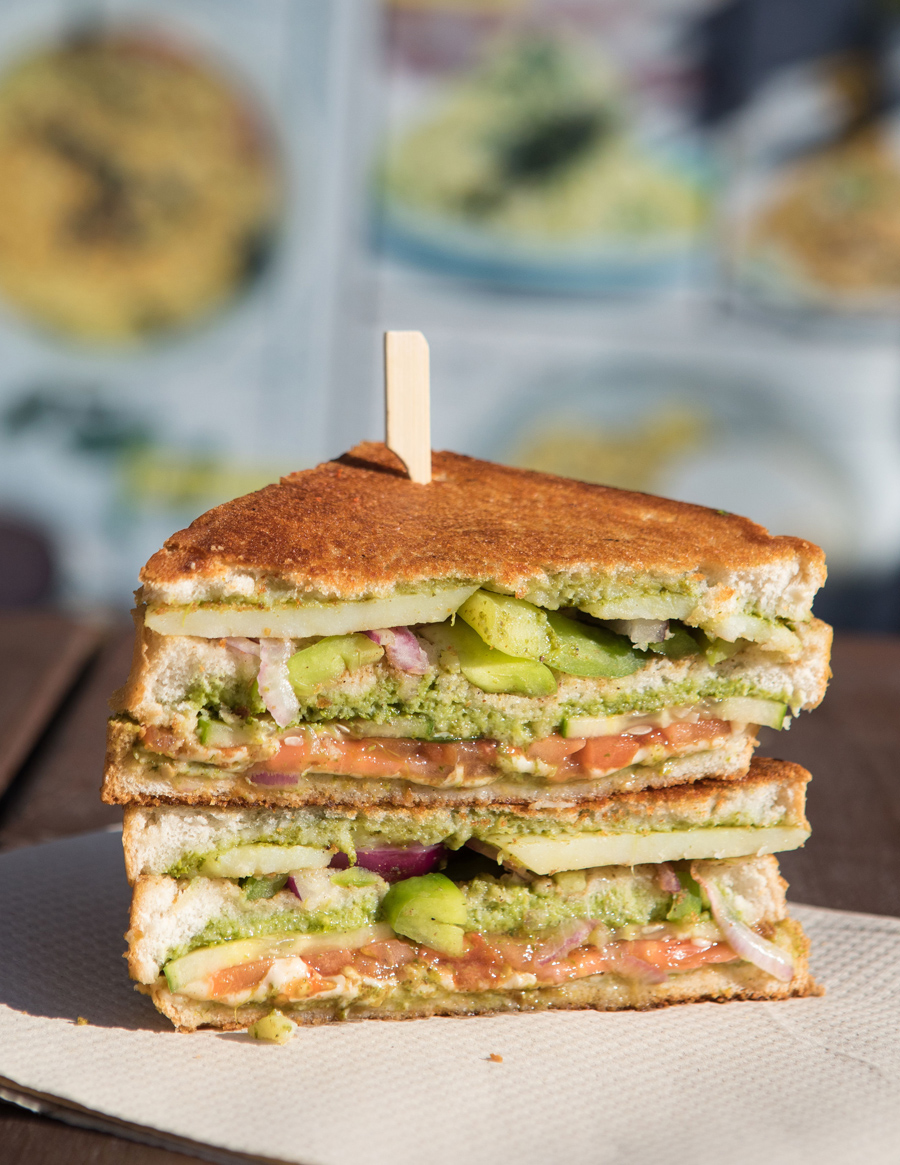 “We don’t want to do the traditional street food,” says Mehta. “We want to reach people that are not just Indian. We want to share how amazing Indian street food can be and really break out of the mould.”

Mehta and Achar were both born in India, met in New York City and started dating. Their conversations often turned to food and they shared a fantasy of opening a business. While Mehta was wedding shopping in Mumbai, she stopped at street stalls that sold 15 different varieties of Maggi. Something clicked.

“I started throwing whatever was in my refrigerator into these noodles,” Mehta says. “One day we were just chatting: ‘What if you could order any kind of Maggi noodles in the middle of the night?’” 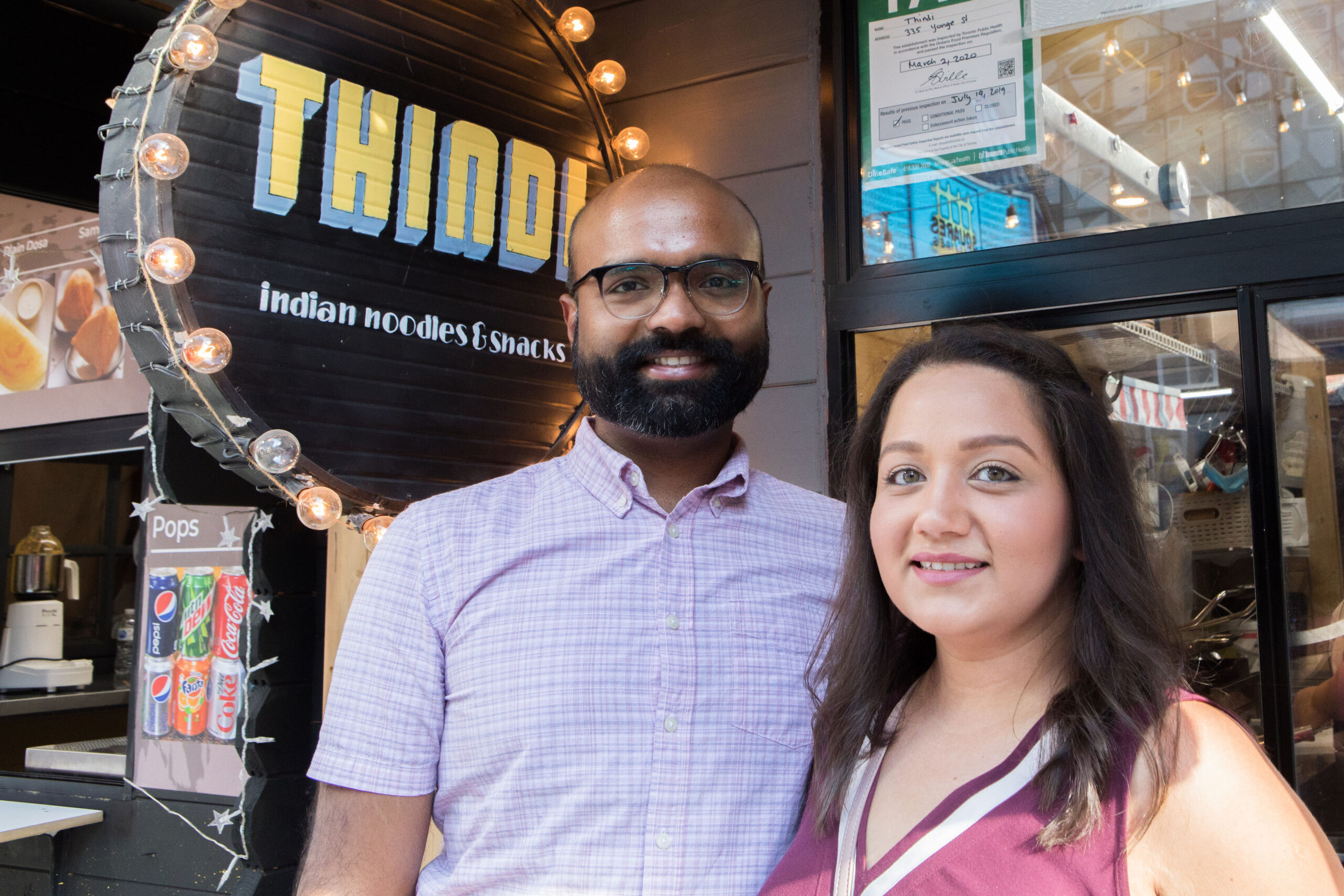 Two years after immigrating to Toronto in the wake of the Trump election, the couple began testing the market. They participated in food fests and set up a ghost kitchen, filling delivery orders on weekends while working day jobs during the week.

When a spot opened up in the World Food Market at Yonge and Gould, they seized it.

“We went from having no place to setting up a place and having a menu available in four days,” says Achar. “Somehow our blind leap of faith worked out.”

They were originally skeptical people would pay for instant noodles, but non-obvious flavour combinations keep people coming back.

They plan on opening a cafe with a bigger menu at 400 College near Kensington Market in September. Their families won’t be able to travel for the launch – or to help out – thanks to coronavirus-related border closures. The pandemic has separated so many families, but Mehta and Achar were fortunate to have made their story part of their brand.

“We used to have this board with our story next to our menu and people would read it and they would be so fascinated,” says Achar. “Family is there, friends are there, but sometimes when people get to know our story that’s even better because we feel more connected.”

They also have those nostalgic noodles. Maggi was the first thing Mehta learned how to cook as a child.

“I was a chubby kid so my mom was like, ‘you’re chubby because you eat so much Maggi so I’m going to cut you off!” recalls Mehta. “Anytime she was out grocery shopping I would be like ‘This is my chance!’”

Achar used to make them cold as an undergraduate student in Bangalore.
“We didn’t even have hot water and there’s a way of making noodles that is completely cold,” he says.

“Coming from times when you had to make noodles with no electricity to now where we have these amazing creations, it tells you how far you’re coming in life.”

Kanto by Tita Flips: “Filipino street food was unheard of”

Casamiento: For this chef, pupusas are a “cultural statement”

Kevin has worked in journalism for 20 years, first as a general assignment reporter before being sucked into the glamorous life that is arts and entertainment coverage. Kevin now contributes to music, tv, film and culture.