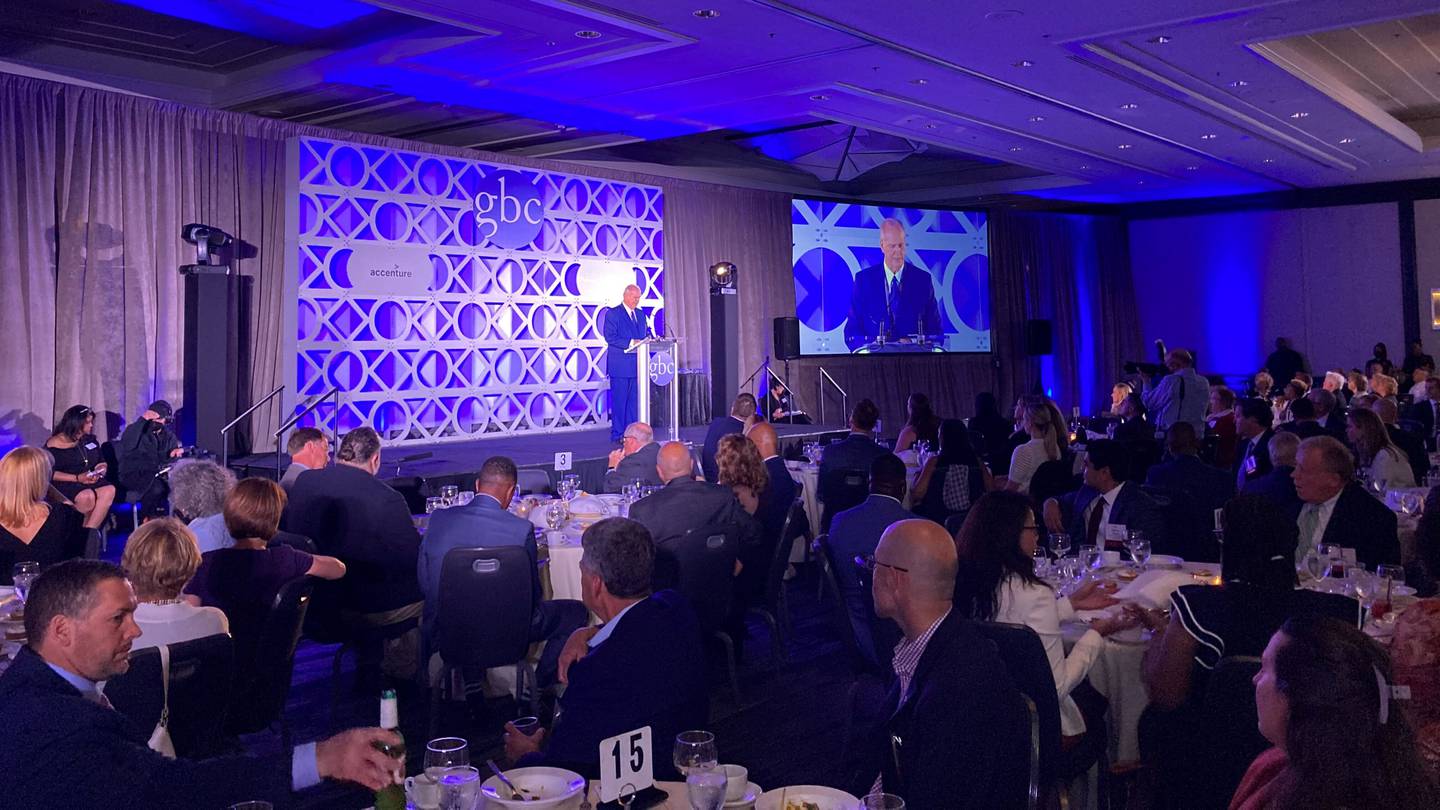 The Greater Baltimore Committee plans to hire a “public safety advocate” who will track crime statistics, monitor data on prosecutions, and make monthly reports on violent crime in the region.

Greater Baltimore Committee Chair Calvin Butler, a top executive at Exelon, made the announcement Wednesday night at the organization’s annual meeting of regional business, civic and nonprofit leaders at the Renaissance Hotel in Baltimore.

“The Greater Baltimore Committee is not a law enforcement agency, but we have a voice and a role to play when it comes to the homicides and other violent crimes that tear the very fabric of our city and our region,” Butler told an audience of about 500. “So we have committed to adding our resources and energy to help address the problem.”

Butler said it’s past time for complaining — and now it’s time for action.

The public safety advocate will provide “private sector assistance and, more importantly, resources” to government officials and law enforcement, Butler said, but he didn’t elaborate on what that might look like.

Butler said law enforcement officials routinely say they are taking steps to address violent crime, but they only give a superficial explanation of those steps.

“We don’t have that data. We don’t have the supporting documents to sit back and really push back,” Butler said. “We’re going to use data to drive our engagement and stay on top of it.”

As of Wednesday, the city of Baltimore had recorded 129 homicides and 273 nonfatal shootings this year, according to Baltimore Police, a slight rise from the same time last year, when the city recorded more than 300 homicides for the seventh year in a row.

In other news, members of the Greater Baltimore Committee voted Wednesday night to merge with the Economic Alliance of Greater Baltimore. The two groups announced a merger plan in January, saying a unified approach is needed to boost economic opportunity and solve long-entrenched problems in the region.

“The merger is exciting,” Butler said. “Your vote opens a new chapter and sets a new direction for the GBC.”

Butler said it’s important for the organization to continually evolve and said the merger “will help us further our efforts to ensure that diversity, equity and inclusivity drives everything that we do.”

Butler said the Greater Baltimore Committee is not just for CEOs.

Get your evening news in your e-mail inbox. Get all the top news and sports from the baltimoresun.com.

“We need all hands to help guide. Many of us have been too comfortable in our bubbles,” Butler said. “We must continue to break down barriers and strive for interconnectedness.”

The evening concluded with a send-off for Donald C. Fry, who has led the Greater Baltimore Committee as president and CEO for 19 years. Fry plans to step down Tuesday, but said previously he would stay on as a consultant for the remainder of the year.

“It has been an amazing, rewarding and fulfilling journey,” Fry said. “I truly count myself blessed to have led one of the most effective business advocacy organizations in the state.”

Fry, who received multiple rounds of applause throughout the night, thanked his family, his staff and several others for their support.

Before joining the Greater Baltimore Committee, Fry ran a
private law practice in Harford County, while also serving in the Maryland General Assembly, both in the House of Delegates and the Senate.

According to the most recently available tax filings, the Greater Baltimore Committee has annual revenues of about $2.5 million, driven primarily by membership dues. In 2019, Fry made just over $430,000 in salary and other compensation.