Climate adaptation is a business opportunity — but at what cost? | News | Eco-Business 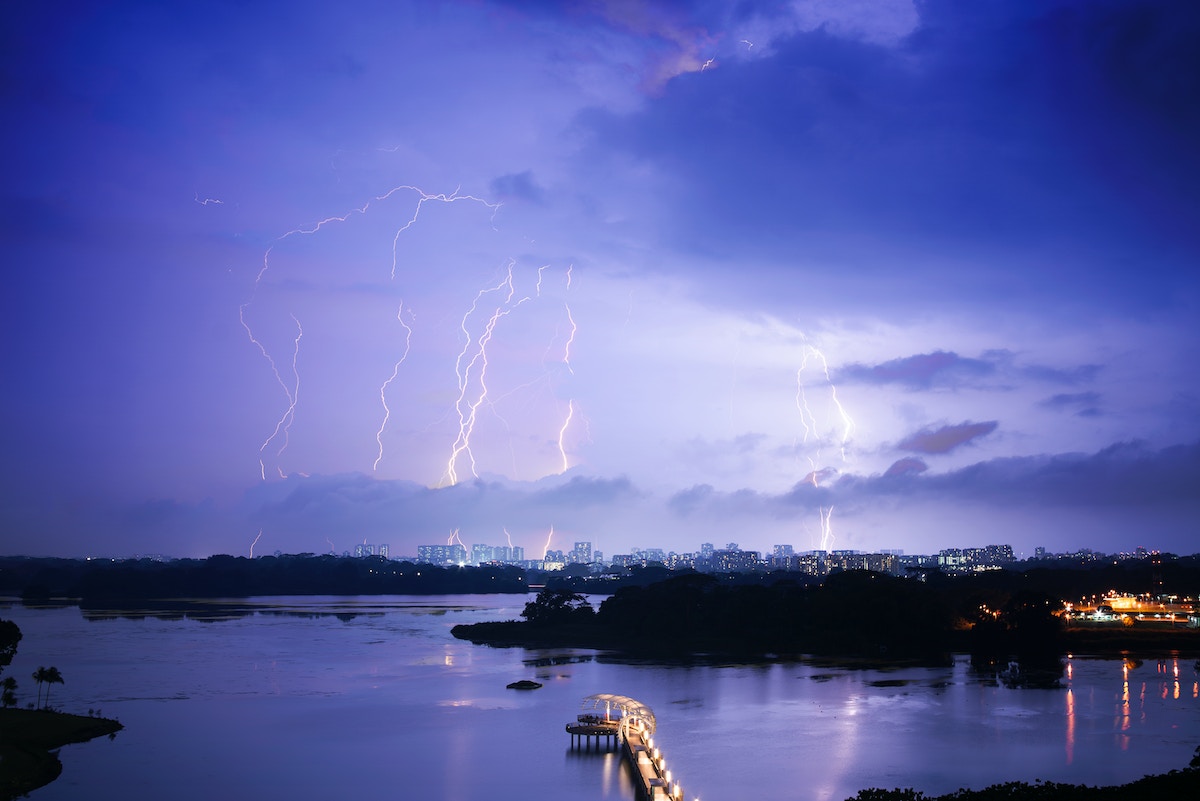 Fancy getting real-time data on where lightning is striking during a thunderstorm, accurate to under a hundred metres, using a couple of lightweight ground-based sensors?

It might sound appealing if you handle ground operations in an airport, and need help keeping flights safe while minimising costly downtime – at least that is how German firm Nowcast is pitching their product.

But an early warning service for extreme weather should be available for wider use, says Resurgence, a London-based consultancy, to protect the most vulnerable from hydrometeorological hazards such as tropical cyclones, flash floods and coastal storm surges.

Globally, a third of the world’s population is not covered by weather warning systems that the World Meteorological Organization (WMO) says is key to saving lives and property. The organisation is looking to solve this problem in five years – an effort that requires an estimated US$1.5 billion in investments.

“National meteorological and hydrological services and national disaster management organisations are encouraged to collaborate with the private sector to ensure that stakeholders and the communities in Asia Pacific take appropriate action in the face of extreme weather events and other hazards,” said Ben Churchill, head of the regional office for Asia and the Southwest Pacific at WMO. He was speaking at the Asia Climate Forum, a recent trade conference in Singapore.

Weather and disaster monitoring services, once predominantly the responsibility of national meteorological offices, is now a booming global industry, growing from US$2.1 billion in 2016 to an expected US$4 billion in 2025.

The Asia Pacific region is expected to lead this growth, due to its rapid economic and urban development. Moreover, the region, already the most disaster-prone part of the world, is also set to be hit hard by climate change – millions of people live in areas at risk of inundation from rising seas and stronger storms.

Weather and flood defence systems are lacking in some Asia Pacific countries. Many areas in the region currently face difficulties in reporting regular readings from land-based weather stations, which the WMO uses for global weather forecasting. Where they exist, the resolution and timeliness of data may be poor, and nowhere near what the latest technologies can offer. The problem is especially severe in the Pacific island states.

The private sector thinks it has some answers to this climate problem. 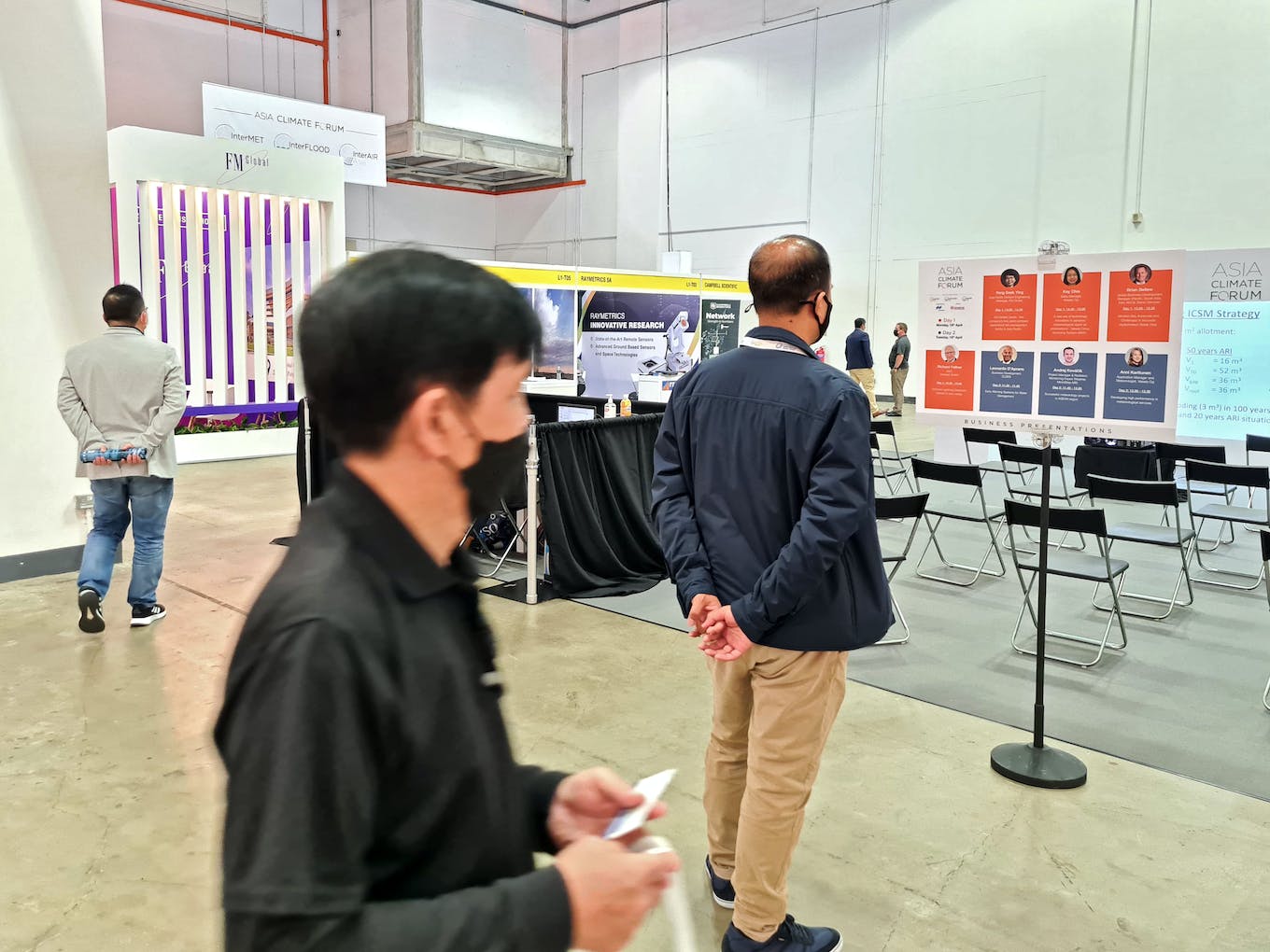 “We don’t often think about climate change as an opportunity. Undoubtedly, it is an opportunity we all wish we could have lived without,” said Jim Anderson, chair of the Association of Hydro-Meteorological Equipment Industry.

“The creativity of the private sector and its initiative for change is something that can be harnessed more. We should leverage this dynamic of action and innovation as we work to address climate change,” said Anderson.

American start-up Tomorrow.io has its sights set high – into space. It wants to launch a constellation of satellites the size of mini hotel refrigerators, to provide instant data on rain, clouds and temperature readings.

“It will be really important how these impact agriculture, particularly in developing and least developed countries where rainfall measurements continue to be an issue,” said Ari Davidov, director of international government sales at the weather-tech firm.

The satellites are designed to provide global coverage, but the data, for the most part, is a paid service that not all governments can afford.

“We recognise that there are costs associated with this work,” said Davidov. He added that the costs could be shared via partnerships with humanitarian agencies and donors. Specific products could also be tailored based on how much a client can pay and what information is most relevant.

Cost could be an especially big issue for Asia Pacific, even though a basic premise of engaging with the private sector is lower prices, at least in a competitive market. The region is home to several emerging economies, and also several small island states which have tighter purse strings.

“An effective way to resolve this is to start small, prove success and sustainability, then scale up,” said Churchill, on how governments and the hydromet industry should approach weather solutions.

In any case, the price tag of climate defence is no excuse for inaction, said Louis Gritzo, vice-president of research, international codes and standards at FM Global, an American commercial property insurer. Instead, it should spur firms to plan early and spread costs over time, to ease the pain of shelling out money for extreme weather protection.

The worst thing in the world is for a company to spend money to reduce losses, then for the solutions to not work.

“There is no doubt that if a storm hits, the cost of resilience is much less than the daprimage,” Gritzo told Eco-Business, on the sidelines of the Asia Climate Forum. The WMO estimates that spending US$800 million on weather warning systems in developing countries could avoid losses of up to US$16 billion a year.

Better planning can also ensure that the money spent on climate resilience does not go to waste.

In practical terms, this could mean deploying flood defences to protect key business installations such as computer systems and warehouses, rather than using the same amount of money to buy enough substandard equipment to protect entire commercial compounds. New infrastructure should be sited properly to avoid climate risks like floods in the first place.

“The worst thing in the world is for a company to spend money to reduce losses, then for the solutions to not work,” Gritzo added.

For the small businesses that make up some 97 per cent of businesses in Southeast Asia, high-tech flood protection may be out of reach. Neighbouring shopkeepers could pool resources to unlock more options. They should also take steps such as shifting warehouses to higher floors of a building and putting in place emergency response plans, Gritzo said.

In the West, weather forecasting is an established enterprise, which both helps public agencies improve their services and competes with the government for market share. It has led to some concerns about the private sector sidelining existing, predominantly public, forecasting providers and prioritising profit over safety.

The more successful businesses are those that take an holistic approach, have an eye on global and regional trends, and collaborate with rather than compete against the public sector.

“In some markets, traditionally, maybe there has been reluctance to partner with the private sector,” Anderson told Eco-Business.

“There is always a risk that a new product or service will not make it to market, or will not hit the mark in terms of effectiveness,” Churchill.

“The more successful businesses are those that take a holistic approach, have an eye on global and regional trends, and collaborate with rather than compete against the public sector,” he added.

On its part, the WMO launched a new financing mechanism to help countries adopt weather monitoring tools late last year. It’s aiming to provide 55 countries with US$200 million in the next four years.

Meanwhile, the World Bank has about a billion dollars invested in meteorological services through its disaster reduction and recovery programme.

Developing relationships with governments in the Asia Pacific region is key to maximising benefits for the wider public, said Davidov.

“A lot of this hinges on being able to sit in a conference room and agree on working together,” he added.