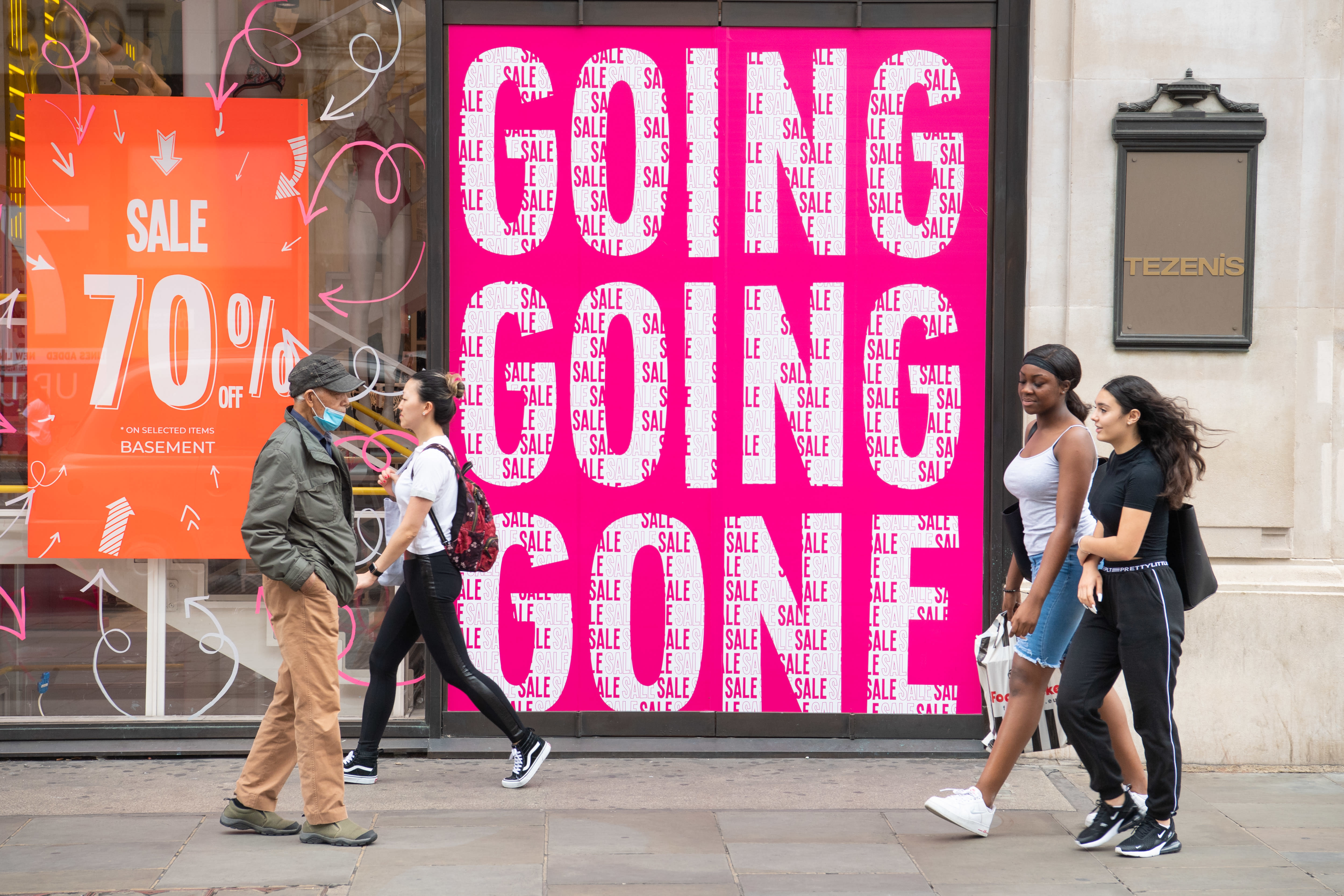 Changing shopping habits have left fashion and beauty shops struggling for survival on Britain’s high streets, according to a closely watched survey of consumer spending.

The British Retail Consortium (BRC) said on Tuesday that retail sales rose 3.2% in July, the second month of growth since the pandemic struck in March. But the BRC said the headline figure disguised contrasting fortunes, with many shops struggling to survive.

“The strongest performance came from food, furniture and homeware, as consumers increasingly invest in their time at home,” said Helen Dickinson OBE, chief executive of the BRC. “However, many shops, particularly in fashion, jewellery and beauty, are still struggling to survive.”

Pharmacist Boots (WBA), which makes much of its money through beauty sales, announced plans to cut 4,000 jobs earlier this month, citing collapsing sales.

John Lewis, Harrods, Topshop-owner Arcadia, and Marks & Spencer (MKS.L) have all announced thousands of job cuts between them.

“While the rise in retail sales is a step in the right direction, the industry is still trying to catch up lost ground, with most shops having suffered months of closures,” Dickinson said. “The fragile economic situation continues to bear down on consumer confidence, with some retailers hanging by only a thread in the face of rising costs and lower sales.”

The BRC said online sales continued to thrive despite the reopening of stores in mid-June. 42% of all sales were online in July, compared to 30% a year ago.

“Fortunes were heavily polarised,” said Paul Martin, UK head of retail at KPMG, which helped compile the data. “Fashion sales continued to suffer despite the summer weather – even online.”

Martin said September would be a “real test for retailers.” September is typically a strong month due to back-to-school sales but could be challenging given doubts about school re-openings and the looming end to the government’s job retention scheme.

“This will place more scrutiny on disposable income and make life even tougher for retailers,” Martin said.